It’s the first weekend of summer. Many of us are now vaccinated and we’re traveling again, seeing friends and family again – returning to normal in many ways. As we slowly emerge from isolation, like hibernating bears awakening, my question to some of my writer friends has been: have you spent the last year in metaphoric sleep, or have been like the panda, staying awake because you must? What has the pandemic meant for your life and your writing?
JAMES CARPENTER, author of No Place to Pray, shares his thoughts. 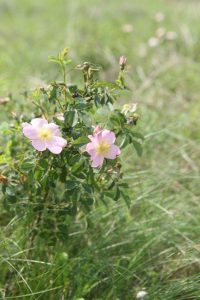 War of Roses and Weeds

In Reading Like a Writer, Francine Prose tells of sending Zbigniew Herbert’s poem “Five Men” to a friend whose fears about the state of the world were making it hard to write. The poem is about five men executed by firing squad, the speaker asking why he has been writing unimportant poems on flowers when he knows that such violence rages in the world. His answer: to “once again / in dead earnest / offer to the betrayed world / a rose.” Prose’s friend responds that that is the problem. How do we know that what we are offering is not a rose but a weed?

The United States was already in crisis when COVID struck, making broader the question about writing during the pandemic. As thousands of Americans were dying every day, we were also writing during an administration that came terrifyingly close to dismantling our democracy. We were writing during the elevation of racial animus to a place where it has laid claim to legitimacy as a political force and writing during a period of radical social polarization that breeds violence as dark as Herbert’s firing squad’s. Literary writing amid all this felt unseemly, a weaker cousin of Theodor Adorno’s, “To write poetry after Auschwitz is barbaric.”

For quite a while, I could avoid the question because I had a good excuse not to write. Through all of 2019 and early 2020, I was editing and revising the manuscript of what was to become my forthcoming literary comedy, Nineteen to Go. (By the way, Joan Leggitt, here at Twisted Road, was one of my early readers. We agreed that, as a comedy, the book was not a fit for Twisted Road’s catalogue. Still, Joan showed extraordinary generosity in helping me get it into shape to pitch to her competitors. No amount of thanks on my part can be commensurate to that degree of grace.)

I could do the work of revision because it is as much engineering as it is art, and though intellectually challenging, less emotionally demanding than writing new text, a less vulnerable phase of narration’s process. I could polish my mischievous little novel while putting off discovering if I could actually write through my imagination during these hard times. Then I found a publisher for Nineteen to Go, and it was time to find out.

Though I sat at my desk nearly every day and began at least half a dozen novels, none of them went anywhere, even though some of their openings sounded promising in the moment:

The day after the Sunday school lesson about Lazarus, Cindy found a dead squirrel in the yard and brought it back to life.

My sister Sharon started a lot of different clubs before getting to the dream club: the art club and the book club and the cooking club and a bunch more not even worth mentioning.

You could stand in the dust along the road and look eastward and see the road lying straight as a steel rail on the desert floor, and you could see its width fading to nothing where it rose like a vein of rust onto the low mesa twenty miles beyond where you stood.

Before she was a preacher, Blessing McAllister ran a whorehouse out of an abandoned Baptist church she’d took over on a quit claim.

Though I had stories in mind when I composed these sentences, some that I’d even outlined fairly extensively, I just couldn’t get them to gestate. I had the most success with the dream club, making it to 25,000 words before the story up and quit on me. The desert line didn’t even make it to a second sentence. It was as if the dark world outside was swallowing my narratives as quickly as I could imagine them. Every story line seemed insipid, uninspired, and unoriginal. Given the times, not worth the telling. Weeds, not roses.

So then, what would a literary rose actually look like in these times? More and more, I’m thinking that my earlier turn to comedy was fortuitous, the right answer accidently stumbled upon. If comedy is at its essence a middle finger to despair, then perhaps to write funny is the most serious writing of all, and the most dangerous—a signal that the writer is not intimidated, that the author may be fearful but you will never see it, and that mockery has the power to not only neutralize hollow men’s threats but to lay them out cold.

Maybe I’ll start once more with something like this:

To learn more about James Carpenter and his writing, click here.

To purchase a copy of No Place to Pray, click here.