A little girl grows up in the 1960s and 70s in a family with a volatile mother, a loving but very ill father, a brother who flees the country to evade the draft, a foster sister whose life is consumed by waiting for her real parents to return, and a best friend who likes to beat her up. She survives on stories told` to her by her father, particularly the one about “sewing holes” – creating beauty out of what seems to be nothing.

“With infinite grace, Sewing Holes explores love and loss, spirituality and crisis, redemption and forgiveness. …Read it, celebrate it, and buy copies for your friends, for this is a book that reminds us what the true nature of love is all about.” ~ Connie May Fowler, author of Before Women Had Wings and How Clarissa Burden Learned to Fly

“In her debut novel Sewing Holes, Darlyn Finch Kuhn has written an authentic and touching account of growing up in the 1970s that ties life in Jacksonville, Florida, to the national traumas of that era. … It’s a generous tale of maturation that all young girls and their mothers and fathers should read. …” ~ Sena Jeter Naslund, author of Ahab’s Wife, Four Spirits, and The Fountain  of St. James Court

“In the tradition of Carson McCullers and Rick Bragg, Darlyn Finch Kuhn with an acute sense of romanticism, confusion and heartache that is childhood and family life in the American South.” ~ Bob Kealing, author of Calling Me Home; Tupperware, Unsealed; and Kerouac in Florida

“With alternating doses of heartbreak and humor, Darlyn Finch Kuhn’s debut coming-of-age novel, Sewing Holes, is a Southern charmer. … Grab your coffee and find a comfortable chair, because Sewing Holes will suck you in and keep you reading to the last line.” ~ Julie Compton, author of Tell No Lies, Keep No Secrets; and Rescuing Oliva

“Darlyn, true to her adorable southern name, has spun a yarn that caught my heart like a mullet in a cast net. Sewing Holes has that southern way of turning tragedy into story … into love.” ~ Stacy Barton, author of Surviving Nashville: Short Stories; and Like Summer Grass 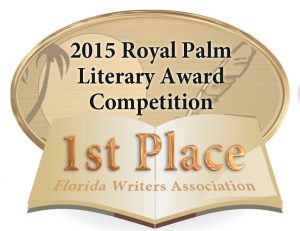 A poet known for her saucy style and engaging readings, Darlyn Finch Kuhn is also a gifted storyteller. In addition to her two poetry collections (Red Wax Rose and Three Houses) her work has appeared in literary journals, newspapers, magazines and online. Her poems have been featured on Poetic Logic on WMFE-FM, and been read by Garrison Keillor on the Writers Almanac. She was interviewed on World Radio Paris. She is the eponymous “Scribbler,” of the Scribbles e-newsletter. Kuhn produces book trailer videos with her husband at Brad Kuhn & Associates, LLC in Orlando, Florida.