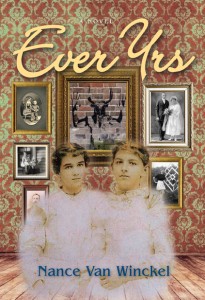 On November 7, 2014, Twisted Road will release Ever Yrs by Nance Van Winckel, in which a 99 year-old woman tells the story of her family through a series of photographs and family memorabilia.  With the Y2K bug looming and rumors of an impending virgin birth, “Grandy”, the family matriarch, seeks to divest herself of the family secrets before it is too late.

Inspired by an old, unclaimed photograph album that found its way into a Butte, Montana antique store, this wonderful book tells the story of a family residing in Butte, surrounded by the great copper mines of the early 20th century, and later, by the environmental ruin left behind when the mines shut down.