Two young men, one bi-racial and the other white, meet in an overnight lockup and begin their shared twenty-year downward spiral into alcoholism and homelessness. LeRoy and Harmon work together, drink together, brawl together, and as Harmon suffers from his final illness, they both bed Edna, a wealthy widow who, out of pity, curiosity, and loneliness, takes them into her vacation home by the river. Through episodes rendered from shifting, multiple points of view, a series of flashbacks, and LeRoy’s adventure stories—this very smart but uneducated man’s attempts at fantasy writing—we learn of the people and tragedies that shaped their lives and those whose lives unravel along with theirs at the seams of race, class, and religion, and where no one ever quite tells the truth.

“In No Place to Pray, James Carpenter fires up the Southern gothic intensity of ten mortal lifetimes. The conscience burns, the prose sings, and his characters’ dreams will haunt your own.” ~ Kafka Prize-winning author Edie Meidav, author of Kingdom of the Young.

“… Reading this novel is like wandering through rooms suffused with a rich, smoky scent: simply furnished rooms filled with complex characters stumbling through hard lives, finding moments of grace …” ~ Sharon Guskin, author of The Forgetting Time

“No Place to Pray is an astonishing accomplishment. James Carpenter opens the window to a complex hardscrabble community, a part of our country that we rarely see so clearly. His characters navigate a universe that rests on indifference and resignation. Despite the relentless push toward degradation the human spirit pushes back with strength, humor, dignity, and imagination. Drunk or sober, Carpenter’s characters speak their version of truth, sometimes mean, sometimes tender, sometimes violent, sometimes filled with humor and irony, always honest, and always without rounding the rough edges. James Carpenter is a gifted writer. This book is an important addition to our understanding of contemporary America.” ~ Vern Miller, Publisher, Fifth Wednesday Journal 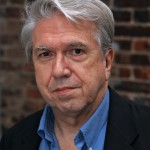 James Carpenter began writing fiction after an eclectic career in education, business, and information technology, including a position as an affiliated faculty member at The Wharton School. His short fiction has appeared in the Chicago Tribune’s Printers Row, Fiction International, and North Dakota Quarterly. Three of his stories were nominated for the Pushcart Prize and he is a recipient of Descant’s Frank O’Connor Prize.