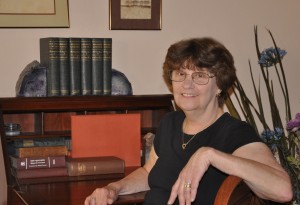 What does a person do when her mother, uncle, grandfather, and great grandfather are all publishers? She becomes a graphic artist, book distributor, freelance editor, and, at last, a publisher.

There is a story in my family that says when my great grandfather, David Washington Boliver, moved his family from Kentucky to Texas in the mid-1800’s, his sons had to walk much of the way because the printing press in the wagon took up too much room. But what else could he do – he was a newspaper man. Whether or not this story is true, it is fact that he operated weekly newspapers in several small towns scattered across north and central Texas. At the time of his death in 1916, he ran the Troy Enterprise in Troy, Texas.

It is also true that his son Edward C. Boliver, my grandfather, ran away from home at age 12 (he reportedly didn’t like his new step-mother), earned his living as a printer’s devil and worked his way up to journeyman printer on a series of newspapers. He had found his way to Clarendon, Texas by 1910, where he married my grandmother, Agnes Fields. He stayed in Donley County, Texas for the rest of his life and when he died in 1932, he owned and operated the Hedley Informer.

Edward’s son, David Edward (my uncle) inherited his father’s newspaper. My mother, Pauline Boliver Leggitt, inherited nothing ; that was typical in those days. Nevertheless, she spent many years helping my uncle produce the newspaper. I literally grew up inside that newspaper office while my mother set type. The Informer was one of the last hand-set newspapers in the country and I still have one of the type cases from which my mother pulled type.

I’ve never published a newspaper. In the late 80’s, when I was Operations Manager for Educational Clearinghouse, a textbook publisher and distributor, I showed my mother a brand new piece of digital typesetting and layout equipment we had just purchased. I imagined that, given her background, she would be as interested in the new technology as I was. I think she liked seeing the equipment; she smiled anyway. But all she said to me was, “Well, it looks like we’ve all still got printer’s ink in our blood.”

I guess we do at that.

One thought on “Our Founder”