It has been with both joy and relief that I’ve welcomed friends – all of us fully vaccinated – back into my home these past few weeks. Not everyone has made it through the crisis yet, but we’re getting there. My question to some of my writer friends has been: How did you get there? What has the pandemic meant for your life and your writing?
SUSAN RUKEYSER, author of Not On Fire, Only Dying, shares her thoughts. 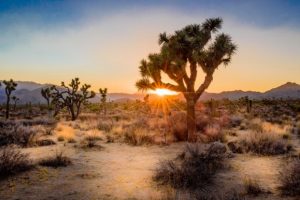 Before Covid, I hosted the monthly Desert Split Open Mic in Joshua Tree, California. The focus was on feminist, queer, and otherwise radical prose and poetry. For me, it was vital community.

When Covid sent us home, I was determined to stay connected. I worried about those already stretched thin by years of combative, chaotic politics. Like me. I was also reeling from big changes in my personal life. I’d hoped that 2020 would be the year things calmed down, so I could finish my next novel, “The Worst Kind of Girl.”

I knew what I wanted to write about: bodies lost to the desert, missing people, sexual fluidity, and the ways every woman does it “wrong,” according to someone. I had a folder of false starts and dead ends: fragments, scenes, bits of dialogue, thousands of words that added up to not much. Maybe I wasn’t ready yet. And I always had something else to do.

I published some of the short, lyric essays I’d written for the open mic, including I Didn’t Mean to Write This (X-Ray Literary Magazine). I recorded myself reading my work and found ways to make it interesting, like performing Ingrown Rage in a scold’s bridle. I played with form and indulged my worst fears in dystopian, feminist science fiction, voicing my main character in The Ebb Somatic for the Simultaneous Times podcast.

When a sixth conservative justice was confirmed to the Supreme Court, I knew I had to publish another title from my micro imprint World Split Open Press. And That Was That: An Abortion Memoir by Bonnie Brady was launched with a special Zoom reading and conversation.

I stayed busy to cope with the daily, anxious dread. I could no longer bear to write nonfiction. Or, not so directly. I retreated inward, and I sensed others doing the same, as the seasons changed, and we wrestled with our national grief and prolonged isolation. I surrendered to solitude, releasing more connections to the world—temporarily—so that I could figure out, once and for all, what this novel needed from me.

By the fall, I understood how the pieces fit together. I knew the story I was supposed to tell. “The Worst Kind of Girl” developed its own momentum, and I tried to keep up. One chapter was published in Cholla Needles #45, and they recorded me reading it: “Timeline for Decomposition.”

Now I am just a few pages from completing the novel. Words were my way through this terrible year. They were how I made sense of this time and what came before, personal and political. I wrote myself to readiness and then surrendered. Words are proof of my survival. They are how I will find my way back.

For a copy of her book, Not On Fire, Only Dying, click here.

Has it been easier or more difficult for very creative people to cope with the forced isolation brought on by the pandemic? I asked several Twisted Road authors about their experiences of writing during COVID. The response below is from Elizabeth McCulloch, author of Dreaming The Marsh. 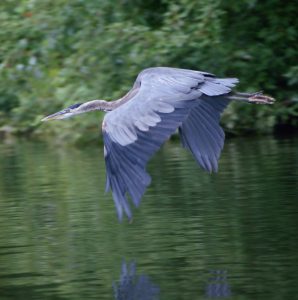 I have an easy life, even during the terrible thirteen-months-and-counting of the pandemic. I don’t live alone, but with my husband and granddaughter, and we get along well. I have a garden, a swimming pool, the writing work I love, and no money worries. I don’t have a job that demands I spend most of my time virtually, nor small children whom I must help with virtual school. The only direct impacts I’ve suffered from Covid 19 are a minor one, being unable to dine out, and a major one, missing the annual gathering of family in Maine.

Even so, adjusting to the new world, with my own small troubles and the daily news of horrors, took some time. WHO declared a pandemic early in March. In my diary from March 2020, I see how the virus filled my thoughts.

March 16: I sat down outside with my book printed out with a wide left margin for revision, and many notes as to the direction I want to go. But Covid 19 overtook my mind. Over and over: deaths are high among those over 60 and those with an underlying medical condition. That’s me.

Like my mind, my life is cluttered, and my diaries are sprinkled with lists, as well as writing ideas, drafts of essays, and notes from encounters with businesses and bureaucracies. I found a list from that first week, a mixture of immediate tasks and more general pursuits to keep me contented though shut in at home: Sort recipes, Garden, Call plumber, Crochet, Tidy deck, Order backpack and underpants, Find Kindle, Find shoe, Minestrone

After a few weeks of floundering, I found a certain tranquility within my boundaried world. I couldn’t travel or run around with friends. Mostly confined to my house, I almost achieved the productivity of a writers’ retreat. I had submitted my third novel, Seeing the Edge, to Twisted Road in January, and Joan Leggett had recently suggested substantial revisions.

Here is a cheerful email I sent to Joan in spring 2020:
We are all three doing ok. A’s idea of bliss is never leaving the house (though even she is getting bored). Joe is Zoom teaching and meeting – pretty comical, as he sits with his laptop out on the deck wearing a blazer, oxford shirt and tie above, and a blue bathing suit with huge red lobsters below.

And I am beginning the day with writing, no miserable newspaper for me, followed usually by a walk in our wetlands reserve, where huge male gators are bellowing, 23 babies were crawling just outside a nest, and birds birds birds greet the day. I block the internet most of the day, and only look at the Times in late afternoon. I’VE MASTERED PIECRUST!! and thus far have made an apple pie, pecan pie, chicken pot pie, and Argentine empanadas. I won’t get fat, since the two family gluttons dispatch them within 24 hours.

But my big news is the revisions are coming along very well. I have it pretty much figured out and have written two and a half chapters. As usual, I am stimulated and embarrassed writing sex scenes, though I am anything but graphic. And I assure you it’s not 2 1/2 chapters of erotica!

Well into the summer I worked and achieved with desperate energy, but then it flagged. After that, manic periods alternated with gloom. I grieved the loss of three friends. Writing was like slogging through mud. My couch cushion and I both developed depressions. I drifted from chore to chore, gazed into space, read too little, watched Netflix too much. Still, during the good times, the writing flourished.

I published three personal essays and a book review on my website. I sent a query to an agent for novel #2, which Twisted Road doesn’t want. I wrote seven chapters of novel #4, an apparently endless saga of a 20th century marriage. I developed a tentative plan for poetry, stories and essays left in my charge by a friend who died shortly before the pandemic. And I revised and resubmitted Seeing the Edge three times. These were not minor tweaks, but a response to such Joan comments as We have to see your character’s dark side. The two major characters should have an effect on each other. It lacks a narrative arc. I (almost) always follow Joan’s guidance, because she knows what’s what; I knew nothing about narrative arcs.

The peaks and valleys continue. I’ve given up pie crust but taken up high protein bread. My garden is greening and blooming. And the two highest peaks: my granddaughter has been accepted at a college that looks like a perfect fit, and Seeing the Edge has been accepted by Twisted Road; it will be published in Spring 2022.

I have been wondering this for a while: Has it been easier or more difficult for really creative people to cope with the forced isolation brought on by the pandemic? I asked several Twisted Road authors about their experiences of writing during COVID. The response below is from S. W. Leicher, Author of Acts of Assumption. 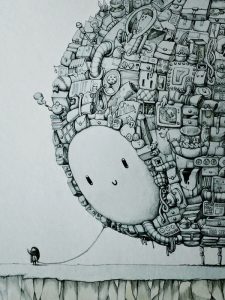 Why do children invent imaginary friends? To have the companionship they don’t enjoy elsewhere. To provide themselves with reassurance. To stretch their minds.

Why do adults invent imaginary friends? To survive a pandemic.

I have been one of the fortunate ones and I thank my lucky stars for it, every single day.  When COVID knocked New York City on its back last spring, I was able to keep myself safe and sane.  I was already semi-retired.  I was neither alone in my apartment nor living with a group of people whose comings and goings were beyond my control.

And I had an idea for the sequel to my novel.

I couldn’t go downtown to meet with clients.  Couldn’t sing with my chorus.  Couldn’t go to the gym.  Couldn’t have friends and family over for dinner. Couldn’t even have those marvelous serendipitous conversations that New Yorkers have with the person sharing a subway pole with them as the Q train lurches across the Manhattan Bridge.

But I could sit down at my desk every day to fill my head with conversations and adventures and questions that clearly related to but also definitely preceded the grim and consuming crises of 2020.  I could chat once again with the old friends who peopled my first novel.  I could share a subway pole—or a garage in the South Bronx or an office in a Jerusalem yeshiva—with a slew of new and intriguing characters.

At one point, when I was excitedly testing out a potential plot sequence over dinner with my poor captive-audience husband, he looked up at me over his plate of rice and beans and said: “Susan—you know these characters aren’t real, don’t you?”

Being a writer can be a lonely pursuit.  When the muse strikes, it can mean six and seven hours a day in front of a keyboard, all alone, seven days a week.  In a time of pandemic, however, it provides an incomparable oasis, an escape, a wonderland of marvelous companions to tide a person through hard times.

Find out more about the author and her writing at her website, swleicher.com
Or you can order her book HERE

Do you have a story about surviving the pandemic? Send us your (very short – 500 words or less) story to media@twistedroadpublications.com and we’ll post our favorites.