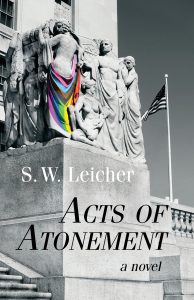 Ten years have passed since Paloma Rodriguez—bold, seductive daughter of the Latin South Bronx, and Serach Gottesman—quietly iconoclastic daughter of Haredi Jewish Brooklyn, first broke with the painful constrictions of their cultures to seek healing within an artfully blended household of their own.  Six years have passed since Serach’s little brother Shmuely fled New York altogether for a life of well-supported scholarship in Jerusalem.

Convinced of the success of their escapes, they are all totally unprepared for the upending series of events that force them to re-examine what they’ve built, what they’ve left behind—and what it means to have a heart in conflict with itself. 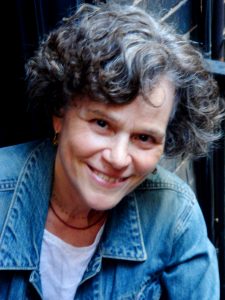 S.W. Leicher grew up in the Bronx in a bi-cultural (Latina and Jewish) home. She moved to Manhattan after graduate school and raised her family on the Upper West Side, where she still lives with her husband and two black cats. When not dreaming up fiction, she writes about social justice issues for nonprofit organizations.

Praise for Acts of Atonement

“From Jewish synagogues and rites to the foundations of faith and love, S.W. Leicher deftly crafts a landscape in which kindness and forgiveness too often only emerge after violence and loss…. Replete with images of these transformation moments and the challenges which overlay them, Acts of Atonement is filled with powerful insights and revelations… highly recommended.”  ~ D. Donovan, Senior Reviewer, Midwest Book Review

“The core beauty of Ms. Leicher’s brilliantly written Acts of Atonement lies in how deftly it draws us into the pain, irrationality, and joy of family, captures the nuances of love between two women, and tests our personal capacity for tolerance, acceptance, and empathy.” ~ Michael J. Coffino, author of the multi-award-winning novel Truth Is in the House 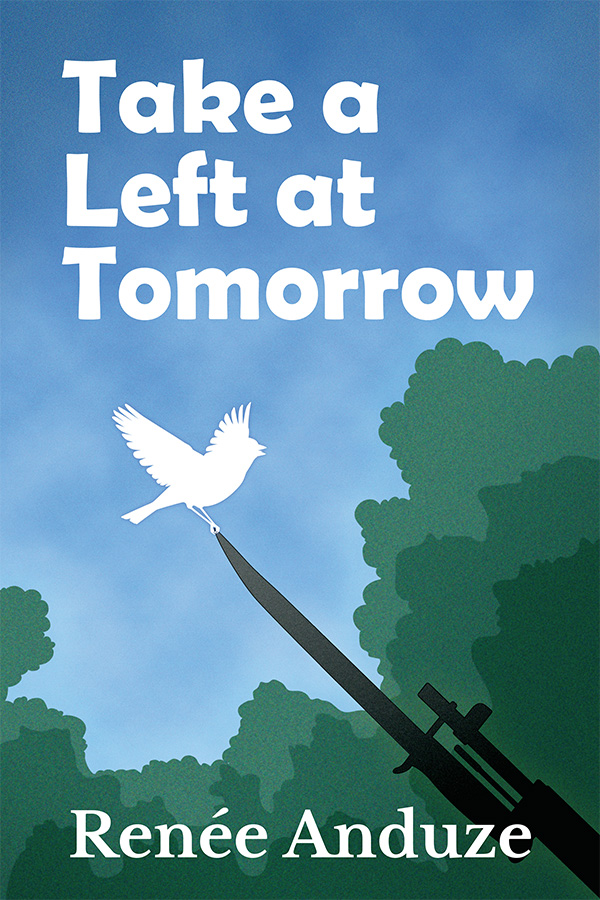 Take a Left at Tomorrow

“Something had gone seriously wrong in the land where everyone was supposed to be equal and free. These days, all we had to do to lose our rights and become the enemy was speak out against the war.”

To Joey Dean, Kit Griffith is everything—every possibility and joy in the whole wide world. And then he is gone, to a place no one can pronounce and a war no one can understand. When he returns, he is changed in every way, is a man at war with his memories, his wounds, and his government. But Joey, who now has her own mission, believes love is all they need. She has yet to realize that in a world where cities, draft cards, and bras are burning, dreams as well as tear gas are in the wind.

On the frontlines of America’s social revolution during the Vietnam war era, Joey must learn the truth about love, changing times, and her own dreams.

Set amidst the social and political tumult of the late sixties, this novel depicts the complicated love shared by Kit Griffith and Joey Dean, two mid-western kids on the cusp of adulthood, each carrying wounds and ambitions that both propel and hobble their relationship.  Renee Anduze tells their story in a well-wrought narrative, filled with beautiful language, stunning imagery, and an array of characters right out of the Sixties.  If you lived through this dramatic history of our country, you will be impressed with her deft portrayal of the times.  The chapter on the Woodstock Festival alone is well worth the price of admission.  If you missed those times (for better or for worse), you will be wisely instructed in the challenges, paradoxes, and hopes they gave us.  ~ Lezlie Laws, Ph.D.—Twelve Doors: Writing for Pleasure, Self-Expression, and Insight; TIA Journal; Shifting Gears, Editor 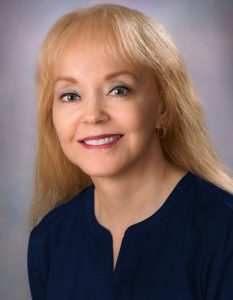 About the Author:
Renée Anduze holds an MFA in Writing from Spalding University and a BA in English from Rollins College (summa cum laude). She has worked as a professional writer and editor for nearly 20 years—five of them at Rollins College. Her work has appeared in national magazines, newspapers, newsletters, and online. She has won several writing awards, including three Royal Palm Literary Awards. Her poetry is published in Rollins Book of Verse 1885–2010. Renée has taught and tutored upper-level English and participated in Bread Loaf and many other major workshop conferences. She is a member of the Association of Writers & Writing Programs, Florida Writers Association, Sigma Tau Delta International English Honor Society, and Alpha Sigma Lambda National Honor Society. Find her at ReneeAnduze.com.

How has the pandemic and its isolation affected people whose primary pursuits are creative – writers, artists, composers? Has it resulted in an absence of distractions that have heightened and amplified the creative process? Or has the resulting silence instead silenced the muse? Author Pat Spears shares her thoughts on writing during the pandemic.

Where the Proverbial Rubber Meets the Road 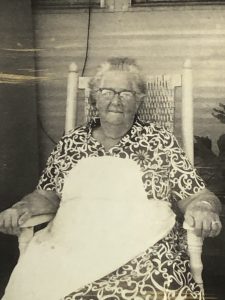 As the death toll rose in ever more tragic numbers, and we as a nation were advised to drink bleach, a frightened and confused citizenry was left to discover its own new normal within the context of a dysfunctional government. We were no longer able to turn to the familiar comforts of family and friends for fear of infecting or being infected by those we loved. Our human contacts were shut down to as few as possible, and those of us who were privileged to possess the necessary resources turned to online shopping and delivery to our doors.

In an absence of the familiar in my small universe, I turned my attention to a three-decade old practice of butt-in-chair, fingers-on-keyboard diligence, the mainstay of my approach to productive writing. But this time it was not enough, and I experienced a rash of debilitating self-doubt, and my fair share of self-pity. I kept at it, but largely failed to reengage that magical psychic space where the words seem to find their own way onto the page, and I feel as though I am simply along for the ride.

Instead, my writing was stiff, forced, flat on the page, though my stubbornness turned out page after page filled with words but not the right words. I had lost my sense of connectedness to my fictional characters. Their unique voices were drowned out by the extraneous noise and chaos that filled my head. I believed that I had lost the ability to honestly tell their stories.

In my funk, I shared a few beers with my most trusted, though masked and distanced, writer-friend. She listened while I ran a one-sided litany of possible causes. Was it the stress of the pandemic, prolonged isolation, or simply a creative slowdown? She smiled and answered that I had a condition she had named writer’s palsy. She recommended that I give my sore brain a busman’s holiday. Her suggestion was that I open a new document and begin a new, for-my-eyes-only piece, drawn from my memories. Forget universal and go personal.

Okay, I was desperate, so I was willing to try anything. I began a piece I thought of as a snippet and it grew into a number of short pieces from my best childhood memories. Many of these were centered around stories my sister and I had heard from our grandma during our two-week summer vacations. In the time we spent with her, alone, without our parents, she told spell-binding thrillers full of family, love, violence, wild animals, and ghostly creatures from the swamp behind her country trailer. Stories I believe to this day were her original creations. If there are genes for storytelling that are passed from one generation to the next, mine came from her, and, as I learned later, from my dad.

In my memories, my sister and I, along with a few other motley stray kids from around the neighborhood, perched on the wobbly steps to Grandma’s makeshift porch. The porch itself held barely room enough for Grandma to settle into her newly acquired second- or third-hand platform rocker, leaving a bit of space for her nearly rusted-out refrigerator. A gossipy neighbor woman had dared to tell a big fat fib as to how Grandma had come by the new rocker. Grandma countered that she had traded three of her best laying hens for the damned rocker and the woman should take a hike until her hat floated. Although that damned rocker was clearly not worth any three of her hens,

I totally believed Grandma, though the hens in question never left their nest until age and low production caught up to them and they graced her Sunday table, floating in a pot of her famous dumplings. Then, I was the same kid who believed Grandma when she had said my walking barefoot in the chicken yard explained my being the tallest fifth grader in my elementary school. I started wearing my shoes on future visits, and sure enough, by seventh grade a boy or two had overtaken my height. Still, I remained the tallest girl straight through high school graduation, so I figured Grandma was at least half right.

A few days ago, at a gathering of a small group of writers for our first lunch—outdoors—since the onset of Covid 19, one woman asked if I had written during the isolation of the pandemic. A second replied that her question was tantamount to asking if I continued to breathe through that time. I replied that except for time spent healing from a total knee replacement, a broken arm, and back surgery (which I had forgotten to mention earlier), I had.

I now have placed a complete manuscript for my proposed novel titled Hotel Impala into the wonderfully capable hands of my editor. I understand that book dedications are considered by some to be old fashioned, but I think I’ll dedicate this book to my grandma, Mary L. Bailey, who introduced me to oral stories, and my best friend who honestly saved my … bacon.

Buy a copy of her novel It’s Not Like I Knew Her here.